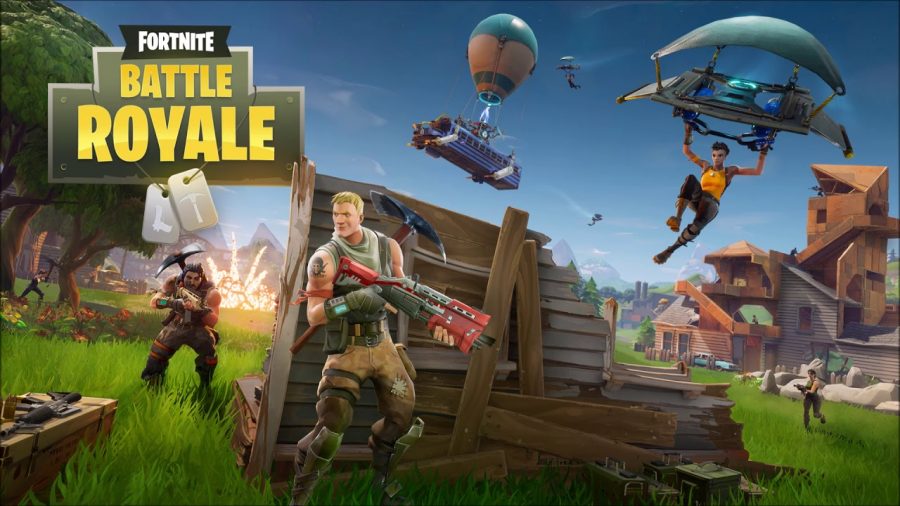 By: Bailey Prichard and Brett Wallner

Fortnite is a game that recently came out and has been getting some mixed emotions. Some people claim they don’t understand what the point of the game is or why people play it, but most people realize it’s the best game to come to market in a very long time and deserves all the attention it is getting.

Fortnite was released on July 25, 2017, supplying two modes: Save the world and battle royale. Fortnite’s “Save the world” is no match for the heart racing, intense match of last man standing in battle royale, creating a community that progressed rapidly as many players joined every day to see if they were skilled enough to place first out of the one-hundred people.

As Fortnite received more players and developed the game, a fun and creative community was formed. Within this community, players can connect with friends, and if their friends aren’t able to play at a certain time, they can simply just start a game and connect with other random Fortnite players nationwide. Also, after Fortnite became popular many Instagram and Twitter pages were made. They post hilarious content in which the players relate to, like hearing your friends scream after they are eliminated or showing pictures of how players celebrate after they win.

Between school and sports, finding time for yourself and relaxing can be hard with the amount of homework and after school activities a student may have. Fortnite is a great stress reliever because as you play your only focus is on having fun with your friends and forgetting all the cruel things happening in the world.

There is a lot of skill that must go into playing in order to win a game. There’s a storm that closes in, strategies for building and players who are scared and hide in bushes who wait all game until someone walks by. This requires using fast acting skills that gets developed everytime users play, which can help them in real life.

For those people that find Fortnite a waste of time, take into consideration on how much time you spend on Snapchat, watching Netflix and taking selfies. Might as well “waste your time” connecting with your friends and distressing from your life by playing the best game to come to market, Fortnite.

Fortnite is a video game that came out during the summer but recently is getting a lot of unnecessary attention. Kids of all ages throughout the world play it and quite frankly, I do not understand all the hype about it. I am not one to play many video games, but games such as Call of Duty and GTA I understand, Fortnite I will never be able to wrap my head around.

This game has taken over social media and a lot of people’s time. Currently, there are 4 million people who play this game daily according to Stefanie Fogel, Rollingstones.com. Everyone knows that people are playing the game because the majority post their wins on their snapchat story, and many tweets are posted about how the game effects relationships by it receiving more attention than the significant other.

Many people do not understand the game, but it’s everywhere. I do not even play the game and I can not get away from it. It consists of running around for 15 minutes looking for people to kill and chopping down trees. However, if you find one person to kill within the 15 minutes of playing, that could lead to playing a single game for hours.

This game has taken up a lot of time and instead of people doing their homework or going outside, they sit in front of their computer or TV and play Fortnite. According to Essllor News, an hour of playing will not do a lot of damage, but any longer than that can cause you to develop focusing problems, blurry vision or headaches.

Time consumption, especially high school students is very critical. Kids have to juggle school, work, after school activities and social interaction. You’re able to interact with people on Fortnite, but it’s just about the game. Anyone who is playing Fortnite with another person is not asking them how their day is or what’s new in their life, but instead yelling at the screen telling them to do something.

Last semester I sat at a table with all boys and all they could talk about was this game and how many wins they have, or a new place they found to play. If people’s minds are only thinking about Fortnite or only talking about Fortnite, it can take they’re focus away from things that actually matter. Playing Fortnite instead of doing your homework and spending quality time with friends and family is a poor choice in itself, and playing the game will make you continue to make poor choices.

Yes Fortnite is trending now but why be a follower? What’s popular now, won’t be popular tomorrow, remember Pacman?