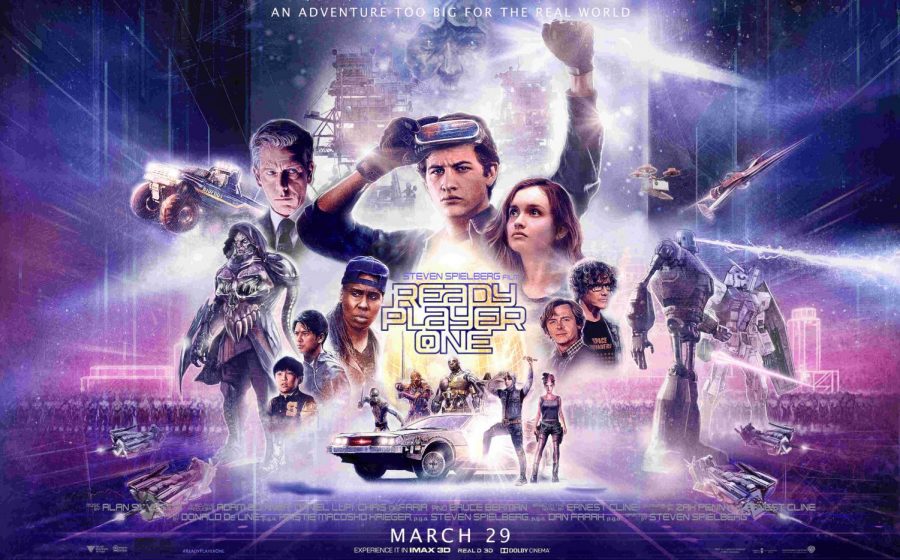 Film lovers, be ready to get your torches and stake ready at my expense for what I’m about to say: I do not like Steven Spielberg. Okay, “Jaws” is great, but besides that, I’ve never been able to get into him. “E.T.” is unnecessarily bloated while saying less than it should, “Jurassic Park” is a painfully boring plot matched with awful CGI that has done the opposite of aging with grace and last year’s “The Post” was very much an instance of style over substance.

Yes, he’s undoubtedly a master at what he does, but I can count on one hand his films that have made me feel anything. With 33 feature films under his belt (I’m not going to pretend that I’ve seen even close to all of them), those odds are not good.

So, with that in mind, it is obvious as to why I walked into the theatre for “Ready Player One” with doubts and reservations. However, there’s nothing like a great opening shot to freeze said doubts and said reservations. The film opens on protagonist Wade Watts’ morning travel from trailer to workspace in Columbus — er, well, what remains of Columbus, Ohio in the year 2045.

He immediately puts on his VR and is transported to the Oasis, where everybody lives most of their day-to-day lives. This is where the film gets special. A good chunk of this movie takes place in the Oasis where it is filmed like we’re inside a video game. Later, there is very interesting back and forth action between the Oasis and real life which gives the film layers. This aspect of its effective visuals combined the infinite pop culture references make this film worth watching.

I am getting giddy again, just as like I was in the theatre, writing about the scene where the characters take an in-depth exploration of The Overlook Hotel, famously from Kubrick’s “The Shining.” For people like me whose favorite video game is “The Simpsons: Hit & Run” due to the exploration and adventure of Springfield, this is exactly what tickles my fancy.

Anyways, back to the film. Besides the good acting and great performance especially from Olivia Cooke as Art3mis (not as good as her “Me and Earl and the Dying Girl” and “Thoroughbreds” performances, but still a shining light in this film worth mentioning), my praises end where Spielberg begins.

There are needlessly dramatic pan outs that dampen the mood instead of enlightening them. There is, again, an overly dramatic score which in scenes (this is most prevalent when the characters of Wade and Samantha meet for the first time) take away emotion by being just so distracting. There are also many cases of over-formulaic plot points and character formations mixed in with some over-explaining of the not-that-technical scenes.

In the end, the character that this film has as a whole is enough to make this an enjoyable watch and certainly not a bad big budget blockbuster.

“Ready Player One” gets a light to decent 7 out of ten.