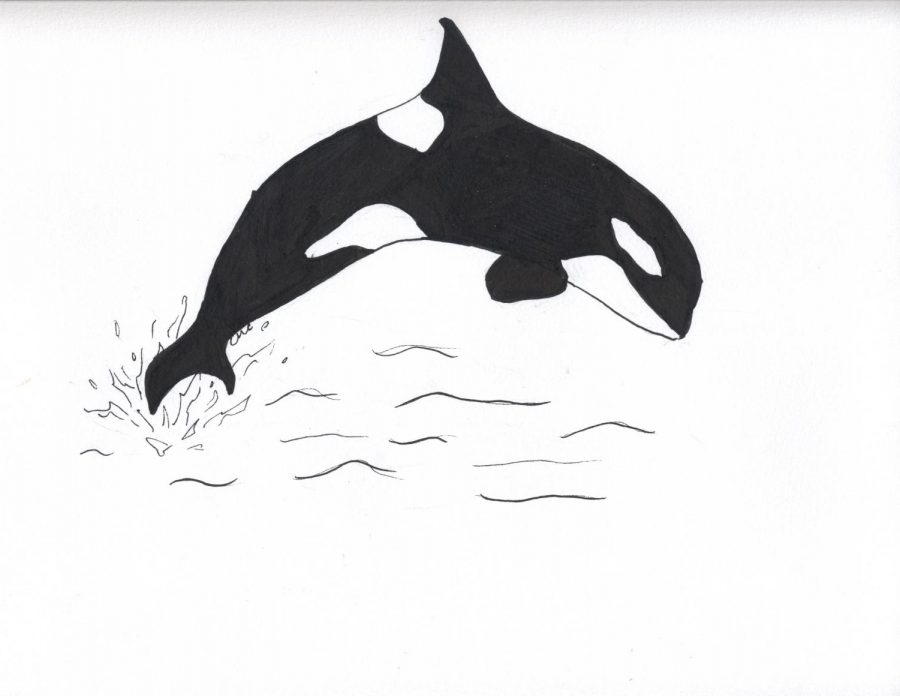 Have you ever been smooshed in the back seat of a car? Or been so hungry but not been able to eat? Ever been on vacation without your family and miss them? That’s how the whales at Seaworld feel everyday, not voluntarily. The movie Blackfish came out five years ago in 2013 and are just now starting to get a reaction from social media on how Seaworld mistreated their whales, a.k.a blackfish. Three out of the four marine parks that hold Killer or Orca whales in the US are Seaworld parks, located in Miami, San Diego, and San Antonio. The movie primarily takes place in Seaworld Miami, Florida but all the parks treat the whales the same, horribly.

Blackfish is a documentary, and the main sources are former Seaworld trainers who left because they could not stand the harm they were doing to these beautiful, wild animals, and quite frankly I do not blame them. All animals are unpredictable, just like humans, and if they’re mistreated, they can get a sudden urge of aggression and attack, so why put a human or the whale in danger knowing that? Whales belong in the ocean and not in captivity especially when getting treated unfairly.

Now at Seaworld the trainers are not allowed to be in the water with the Killer Whales unless there is a physical barrier between them, but that does not change the way they are treating the whales. For many going to Florida, Miami is a big vacation spot and Seaworld is a big tourist attraction.

When capturing the whales from the wild they would wrap a net around in a circle giving them nowhere to go and only capture the babies, taking the whales away from their families. If the whale did not make it to the marine park, Seaworld would tie an anchor to their fin and sink them to the bottom of the ocean, which is illegal. Knowing that they take them away from their families makes me never want to go to any marine park ever.

The owners at seaworld would tell their trainers all these facts about Whales that were false and would have them tell that information when performing. For example, the trainers were told that in the wild whales only live to be 25-30 years old but they live longer in captivity because of all the veterinary care. In reality, a whale has the same life span as a human. The whales were also starved and shoved in a little steel box for eight hours at night and the trainers would refuse to feed them unless they cooperated and did the action they were told.

Put yourself in the whales shoes, or in this case, flipper. Would you enjoy being starved, crammed in a steel box, and ripped away from your family so you could dance around for people who have no idea what is behind the curtain? Do not spend your money at Seaworld, it will only continue to make the Marine parks think it is okay to hurt these wild beautiful animals.