Be Prepared for Winter Hazards 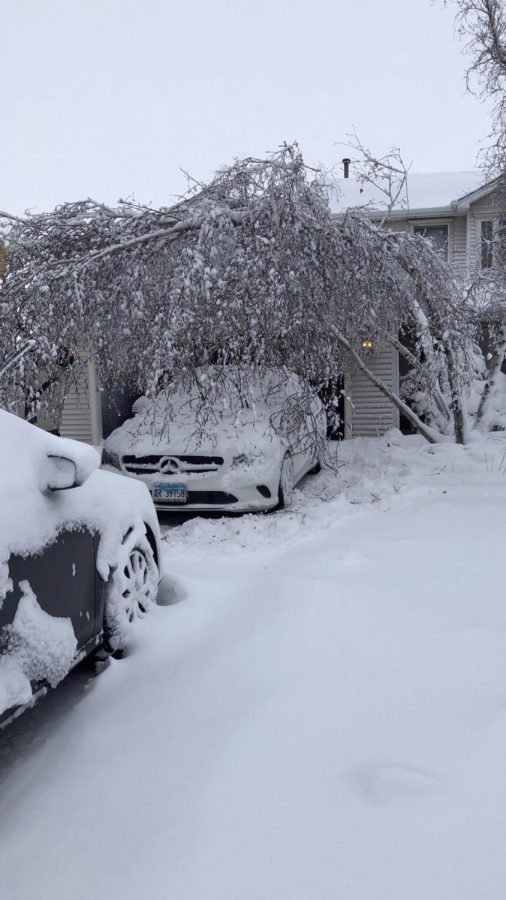 Winters in Illinois are brutal.  There is the snow and then icy rain, but let us not forget the bone chilling temperatures.  Those who live in Illinois have to learn pretty quickly how to drive during bad conditions, because during the winter icy roads and blowing snow is the norm.

Senior Linsey Turner went to go move her car one morning during one of the coldest days on record. The temperatures had been very low the days before that reaching a low of -50, so when she got into her car she realized it wouldn’t start.

“I went to go move my car out of the way for my dad and it just wouldn’t start, we tried to jumpstart it, but it was just too cold out,” Turner said.

Some say that you should start your car every couple of hours in order to avoid the cold causing serious damage, but let’s be real: who wants to be outside when it’s below zero?

Turner could have done some things differently, but after a couple days her car finally worked.

“If I were to do things differently, I might have moved my car closer to the house or went out and started it more frequently. After about two days we went out when it was a little bit warmer and it finally worked!” Turner said.

Senior Michaela Gibbons also had a problem with her car due to the conditions.

“I was driving home one night and it was very snowy and showing no signs of stopping.  I was driving slowly but ended up hitting a snow drift and did a complete 180 degree spin into a ditch,” Gibbons said.

Ending up in a ditch can be a very scary thing, and when you lose control of your car it can get out of hand pretty quickly. Luckily, Gibbons and her car were alright, ending up with only a flat tire.

“I was pretty freaked out at first and was not sure what to do.  Looking back I now know to never hit the brakes when I lose control of my car because that does not help whatsoever,” Gibbons said.

While car safety is an important part of winter, so is staying warm. In the event that someone’s car does slide off the road, having an extra coat or gloves in the car can help them keep warm while waiting for their car to get pulled out.

With some of the coldest days recorded this past month everyone is doing everything they can to keep warm and ward off the chill.

Physical therapist Assistant Sue Black is trying to keep herself and her patients warm.

Turner also said that layers and warm clothes are a must.

“Jackets, hats and gloves are a must, always. Also sweatpants, they’re warm and comfy, you can never go wrong with sweatpants,” Turner said.

Safety and staying warm is an essential part of the cold winter months. So making sure your car is functioning properly and you are being careful on the roads, while also being bundled up to keep away the cold is super important.