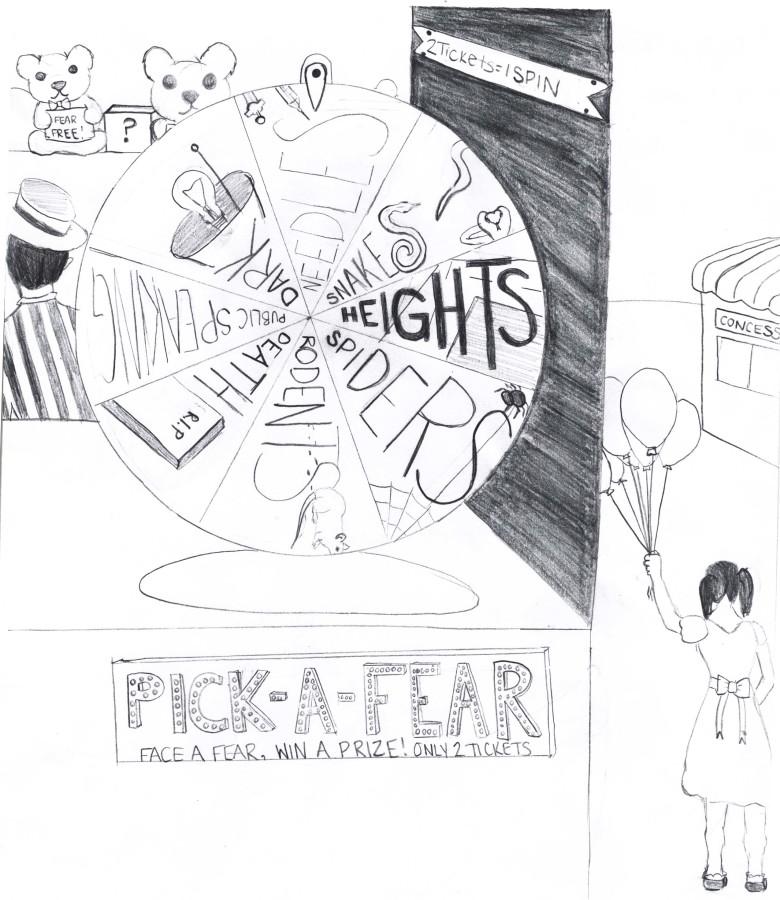 People suffer from various phobias, all for multiple reasons.

Most people experience some sort of phobia or fear. According to the Self Help Collective, the five most common phobias are flying, public speaking, heights, dark and intimacy.

These everyday phobias are highly popularized by TV shows such as “Fear Factor” where contestants compete to see who can face their phobias the best.

Teens could possibly suffer from one of these phobias or know someone who does. Phobias can make it difficult for people in certain situations when they have to face their fear. Our motor skills deteriorate and our field of vision narrows. Scientists are working to understand why and how to overcome specific phobias.

Kevin LaBar is a professor at Duke University’s Center for Cognitive Neuroscience and he conducts experiments in a nine foot cube called the Duke Immersive Virtual Environment or DIVE.

Volunteers in the DIVE are exposed to different situations as different as as spider attacks or not being able to find your keys to monitor our response.

The human brain has a fight or flight response triggered by fear. Adrenaline could give people an advantage because it allows you to focus more. More often though, we freeze up when we are scared according to LaBar.

“Fear comes from past experiences. If I didn’t know about it, I wouldn’t fear it,” Goodine said.

WebMD found the top proven treatments to fight your phobias.

Desensitization- slowly introducing the phobia in small increments and offering relaxation techniques for each step.
Flooding-being exposed to the phobia for a long amount of time.
Graded exposures-being put in rehearsed situations and slowly moving towards reality so it becomes less scary.

“Slowly being introduced to phobias may help, but I don’t want spiders to come at me,” Haley Goodine said.

At Kaneland, experiences involving phobias can be found in anything from presentations to blood drives. According to Goodine, if a student has a past of fainting or getting physically sick during presentations, teachers should offer alternative assignments.

Most Kaneland students believe the best way of facing fears is just to confront it head on, which has worked for several students in experiences with riding roller coasters and climbing tall buildings.

Also, most Kaneland students reported that the phobia did not come from a past experience. Although, most students are or know of a person who has a social phobia such as presenting publicly.

Phobias are being experimented on all the time which may lead to developments and treatments for people suffering from Post Traumatic Stress Disorder or anxiety derived from phobias. Hopefully in the future, the results of the experiments can help soldiers and veterans and their phobias.