Small Businesses Express Concerns About the Pandemic Despite Government Help 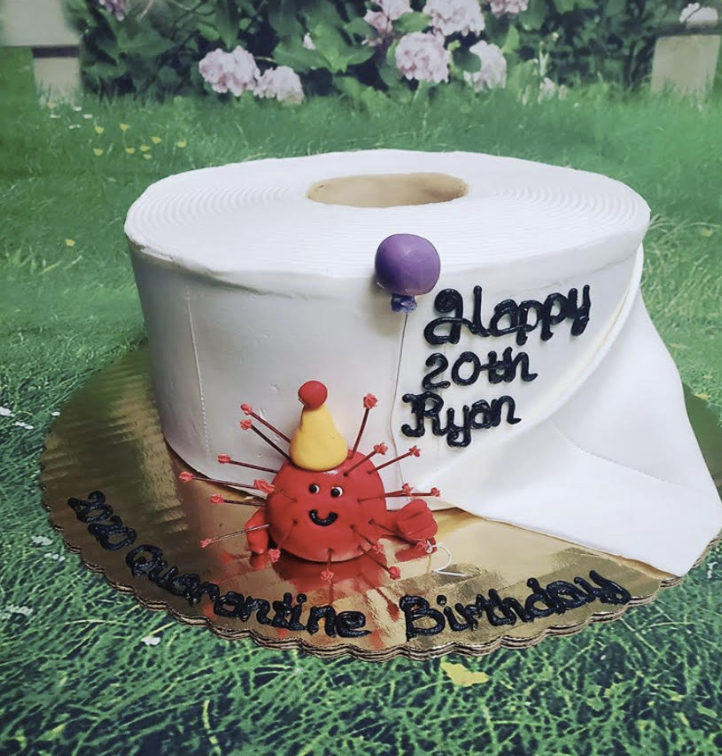 Robert Brougham, owner of The Cakery in North Aurora, has baked and sold many COVID-19 related cakes in recent months.

For a mother and hairdresser like Kari Catey, the task of paying her bills became more difficult when her small business was required to close down without federal or state government assistance or guidance. After that, she faced the fear of COVID-19 affecting her family as she worked out of her home.

“It was a 100 percent struggle, and it would have been nice if we had help for the 11 weeks that [the government] mandated that I not work,” Catey said.

Despite the government’s efforts to support small businesses, such as Congress approving a $700 billion relief program to help them, over 100,000 small businesses have permanently shut down since March, as estimated by economists mentioned by Heather Long of the Washington Post.

Many small businesses, including Catey’s, were mandated to close, yet they received little help from the government or they were too vague of guidelines, even with the efforts of Congress.

Robert Brougham, owner of The Cakery in North Aurora, expressed concerns that the help the business received, such as the Paycheck Protection Program (PPP) loan and the Small Business Association loan, could potentially hurt the business. The Cakery only had enough work for two of their usual five employees. However, the PPP loan required Brougham to pay all five employees with the money provided. This is a debt that, if needed to pay back, could hurt the business substantially.

“I think what makes me nervous is they are too vague about the rules for the loans and the forgiveness aspect of it. It started out that it was [going to] be forgiven. It was [going to] be forgiven, and that’s the PPP loan, and now the emails we get, as far as the businesses to apply for or we have to apply for forgiveness, meaning [that] there is a possibility that they won’t forgive it,” Broughman said.

The PPP loan helped an employee of a small local business, who thought the loan provided just enough help for the time they were out of work.

“I think the PPP loan was enough for the people who followed it for the full eight weeks,” said a small local business employee who wished to remain anonymous.

However, employers and employees also thought that while the loan helped them to continue to bring in money to tide the business over, they have not yet entered their slow season of the year.

“We’re still getting help from the PPP loan, so it’s not as bad, but since we’re going into our slow season, it’s probably [going to] be worse,” said the same small local business employee.

Brougham agreed with the employee. He commented that while The Cakery had a loyal following and they had managed to “stay afloat,” money and customers had drastically slowed down, surfacing concerns about The Cakery’s slow season as well.

“Usually at this time of the year is our busy season, which is where we bank our money for our slow season, which comes up in November, December, January, February. So, you know, we won’t really know the impact until we get into those months, and we have no income coming in to help us through,” Brougham said.

With many businesses yet to enter a slow season or return to full capacity, the future is left uncertain, leaving concerns that small businesses have yet to face the worst of the pandemic.