Standards Based Grading: The Future? 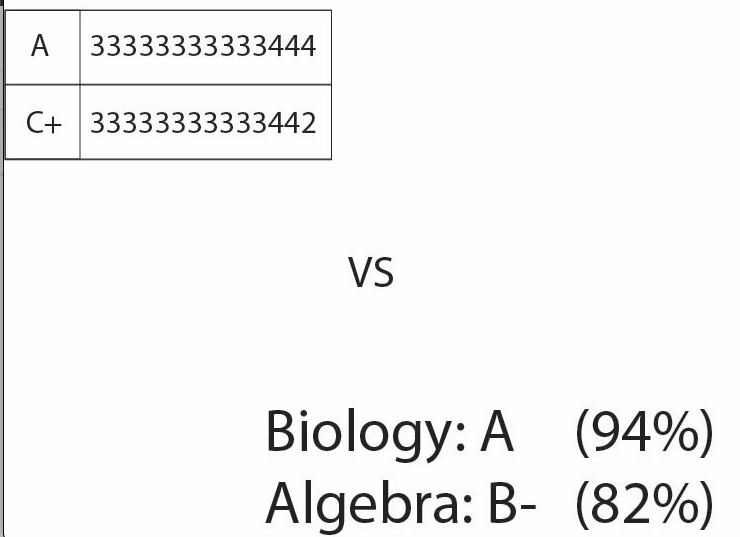 Kaneland staff, students and parents are currently seeing the change from traditional grading to standards based grading. By next year, most core classes will be standards based, but the district is allowing time for classes to transition. Principal Jill Maras predicts in a few years all classes will be using this system.

“It’s yet to be determined really, I would guess in the next couple years,” Maras said.

Standards based grading focuses on a student’s learning and understanding of the material in a class rather than their grade.

“I like that you can reassess and then improve instead of just having a grade,” junior Stephanie Alvarez said.

Standards based grading also has to be converted back to traditional grading to calculate a student’s GPA. This can be challenging for students and teachers.

“The conversion process has caused a lot of trouble for students,” English teacher Michael Cimino said.

Some students think the conversion process could be rebalanced to improve the scale.

“Someone can get all threes and then just not really get one of them and get a lower score and your grade can go and plummet,” Alvarez said.

The way standards based grading is weighted and works varies from class to class.

“Right now it seems like all the teachers are doing it different ways,” math teacher Jacqueline Hampton said. “I think we’re all trying to all find the best way to do it.”

Content in certain classes may seem repetitive due to standards based grading, leaving some students looking for more variety.

“It can get really repetitive, like in English we just kind of do the same thing,” Alvarez