Art department cut in half 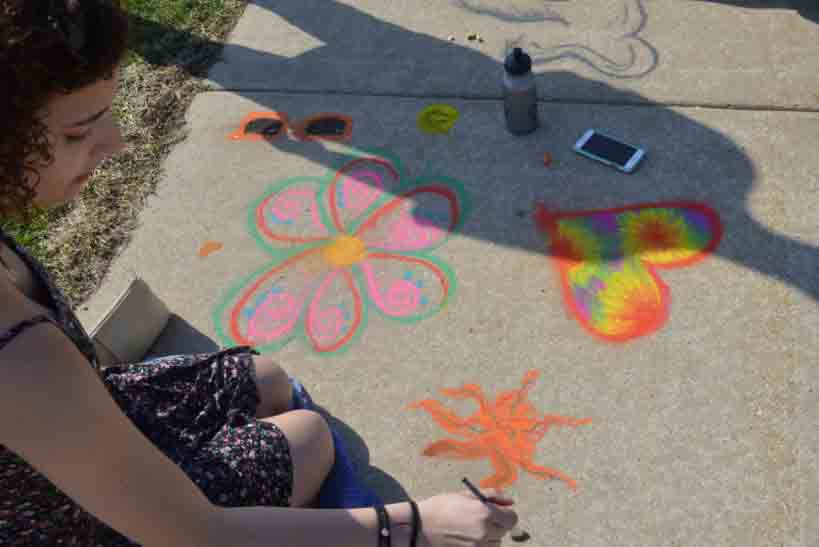 The Board of Education has voted to cut the Art department in half starting in the 2015-2016 school year. This decision has caused frustration, confusion, and sadness across the art classes.

“I will be transferred to two elementary schools and have to say goodbye to the place that I have got to call home for the past six years,” Carleen Gregg one of the two art teachers Kaneland offers said.

Gregg will now have to leave Kaneland High School and go on to an elementary school.

“I am now going to have to learn a whole new curricula because of this transfer,” Gregg said.

Most art classes ranging from painting and some graphic design classes are going to be cut because of the low enrollment.

There will also not be a senior miral because of the cuts being made.

This is going to have a negative effect for art students because they will not have the variety of choices they may want.

“I believe it is lessening the chance to have students to make the choices of what they want. The overcrowding of classes will cause less one on one time with the teacher and will take away from critical thinking, creativity, and individuality,” Gregg said.

Current Junior art student Logan Strang disagrees with the decision to cut the department in half.

“I think it takes away from students who may want to take on an art career,” Strang said.

Principal Jill Maras says she is disappointed that it has to be this way, but it just came down to what the students were signing up for.

“Art classes are not the only classes that may get cut. It depends on what the student body wants to sign up for. Then we really just go from there,” Maras said.

Some students are still hoping for the best when it comes to this situation. Some have even started a petition to encourage the school board to change their mind.

“I signed the petition because I believe that if enough students sign it, maybe they will not need to cut this department in half,” Strang said.

Even though a petition shows the amount of students looking to change a problem, Maras believes that a petition is not needed to bring an issue up in the board meetings.

“I believe the voice of one is just as important to listen to as the voice of 50,000. A petition is never needed to bring upon an issue across the school board,” Maras said.

“All administrators have an open door policy and encourage students to come to them with an issue,” Maras said.

Gregg still has hope that maybe she will end up staying in result to the amount of people not happy with the cut.

“I am hoping that this can be reconsidered for the sake of the students and the district,” Gregg said.

The school board did not cut the funding for the classes, but instead tried to follow what the students wanted by what they were signing up for.

“We are relocating our staff to meet the course requests we received from the students. After this happens they are taken to the Board of Education for approval,” Maras said.

“This will also be in effect for the upcoming school year beginning in August 2015,” Maras said.