Firefighters from nearby states flock to Louisiana to help with damages 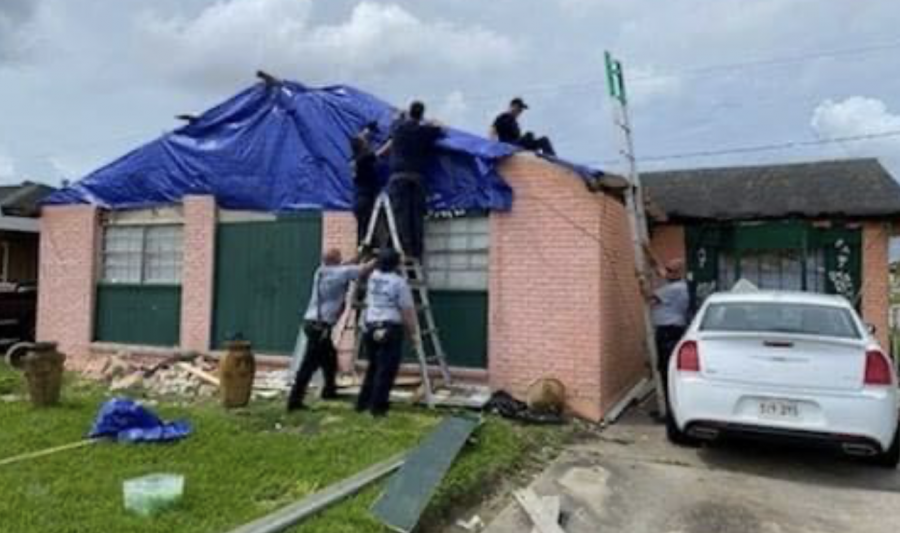 On Tuesday, Sept. 7, 2021, Mike Rothecker and other members of his unit traveled down to Louisiana with 20 fire engines. Staying until Sunday the 19th, they will be helping tarp roofs, rescuing people from their flooded homes and dealing with the damage done by Hurricane Ida.

“The fire stations that he has been at have all been running on generators,” Mike’s wife, Rebecca, said. As a full time employee at Kaneland High School and a mom of two, she has her plate full with Mike being away.

The local fire stations in Louisiana have become a safe haven for the local people who have lost their homes to Ida. With the generators powering the buildings and the nightly movies playing in the common areas, these are great places to get away from the torment outside.

“They projected (in the fire station) a movie, Water Boy, and they were watching other movies with the local people because there wasn’t anything else to do and any other place for them to go,” Rebecca recounts from her daily phone calls with Mike.

But the people in the path of Ida aren’t the only ones being affected by this horrible hurricane. Families of those who have loved ones helping out are struggling to adjust to the few weeks without them.

“It’s been tough on the girls with having their dad gone. They’re used to him being gone for 24 hours or up to 48 hours at a time, but this is the first time he’s ever been gone…for a lengthy period of time,” Rebecca said, thinking back on how hard the past week has been.

Even with the help from the volunteers and extra firefighters, it will not be easy combating the tropical storm coming their way. With over 11 inches of expected rain and dwindling space, it’s going to be a challenge.

With many having lost power and others having lost entire homes, locals are struggling to make a comeback from the first hit of the storm. This doesn’t diminish their humanity though. Even in the face of the worst time of their lives, they are still thinking about others.

“The people down there have been very kind, and it’s so funny because when he first got down there a lot of locals were bringing a lot of food to the fire station for all these firefighters coming down,” Rebecca said.

There has been a lot of devastation taking place in Louisiana, and the firefighters have a lot of work ahead of them. They aren’t the only ones that have their work cut out for them; it’s been a challenge for a lot of people.