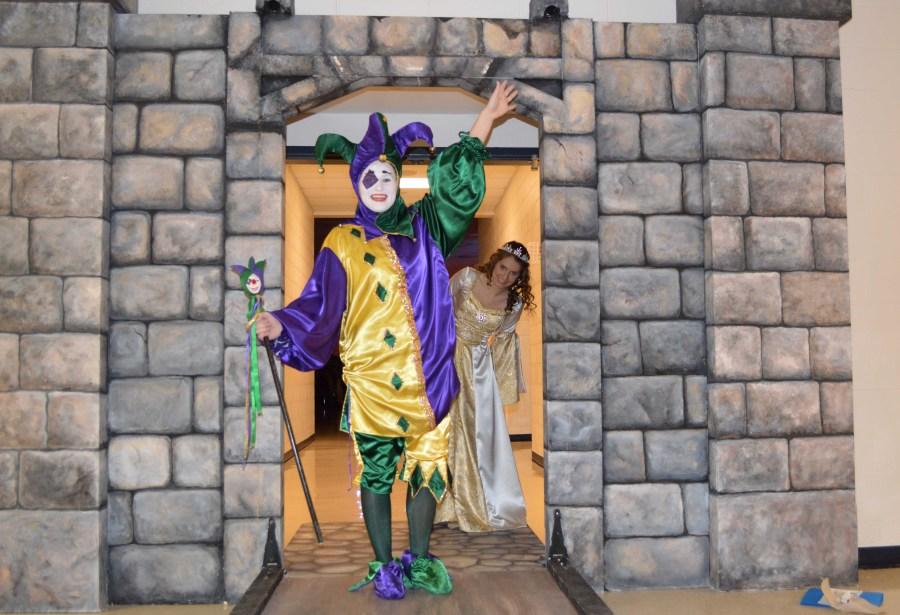 Jester Emily Grahams welcomes the crowd at the Madrigal dinner.

“Madrigals is an annual feast during the holidays that puts on an awesome show. The show is full of singing and acting based off a secular type of musice from medieval times from before there was any entertainment like TV,” Director Bryan Kuntsman.

Kuntsman also provided advice for those who are interested in Madrigals; he suggested joining the choir and get involved with performing.

The Madrigals group has a yearly feast during the holiday season. This performance consists of singing and acting. The performances were held on December 12-14. The group is also performing in Chicago with St. Charles and a performance at the Chicago Symphony Orchestra in December.

Two members of Madrigals, seniors James Toxtine and Emily Grahams both joined because they had siblings who enjoyed it.

“I would go to the dinners and overall really enjoyed it. I wanted to become Jester and I eventually became that,” Grahams said.

According to Grahams, her favorite part of Madrigals was hearing the group sing.

Toxtine also became interested in Madrigals because it looked like a fun experience. Toxtine declared that he was most excited to participate in the Madrigal dinner this year.