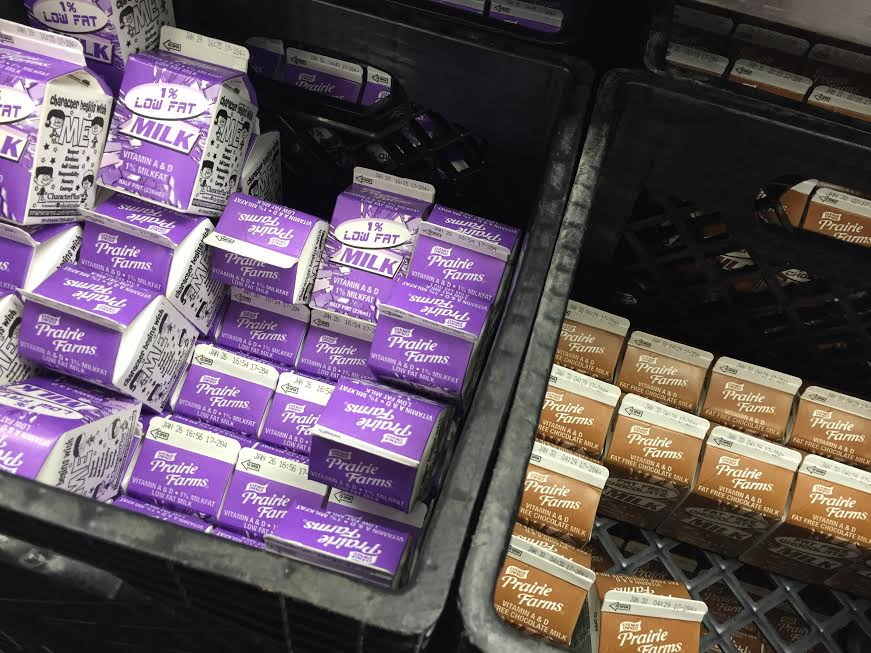 Humans drink milk from the day they are born just like any other mammal, but do they actually need to drink it after infancy? According to Medical News Today, about 75 percent of people around the world are not able to digest milk because they lack the enzyme lactase.

Despite this lactose intolerance issue, the average American drinks about 400 glasses of milk each year. The average cow produces about 90 glasses of milk in a day, this milk is meant for her offspring. According to milk unleashed.com over 99 percent of U.S. households purchase milk, humans are drinking more of this milk than the baby cows.

Milk is a great source of vitamins and nutrients that help with the human body, but the lactose intolerance rate is so high, why do human adults still choose to drink something that can cause bloating, cramps and gas. Humans originally have the lactase enzyme, the activity of the lactase enzyme reduces after an infant stops breastfeeding so becoming lactose intolerant is only a natural thing. Why would humans drink something that they know will make them sick? It’s different from another animal finding something and eating it, and it makes them sick. That animal does not know it will make them sick. Humans on the other hand are doing this on purpose, humans go to the grocery store and purchase milk.

Dairy itself also plays a big role in the economy, according to milk.procon.org there are 65 thousand dairy farmers in America. Dairy is the number one agricultural business for California, Wisconsin, New York, Pennsylvania and about five other states. Just in California dairy is a 31 billion dollar industry that employs over 400 thousand people. The dairy industry has definitely made its mark on the U.S economy.

There is a huge list of dairy products that contain milk such as yogurt, cheese, ice cream, butter and even chocolate. It is hard to get away from milk since it is everywhere so, it is too late for the human race to just cut out the milk in their diets. Americans would definitely throw a fit if their ice cream was taken away.

Dairy should not be taken away or prohibited, but there is definitely no need to drink milk everyday.