A Look Into the Chess Team 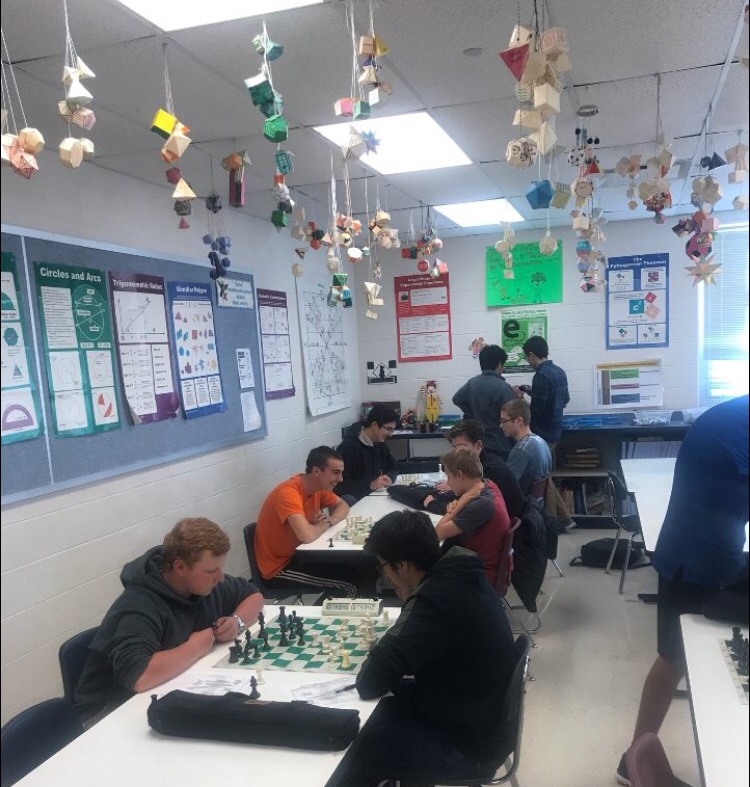 The Kaneland Chess Club is a highly competitive team, which also offers a great opportunity to have a fun time. Team members are constantly evaluating the board and predicting what move to make next.

The chess team meets every Thursday from October through February. There are several different boards that are based on skill level, and the players move boards after each match depending on how they did previously.

This is the 20th year of chess club, led by math teacher Kenneth Dentino.

“My expectations are to compete well, have a nice showing at state, and have everyone improve,” Dentino said.

Senior Kyle Wells predicts the outcome of upcoming meets based on previous years’ results and the members of the opposing team. “I think we’ll have a decent season. Last year we took third and I think we can take third again if not even better,” Wells said.

There are members from all different grade levels and they all get along greatly. “I joined the chess team because my friends are on the team and I’m glad I joined.” sophomore Mac Catanag said.