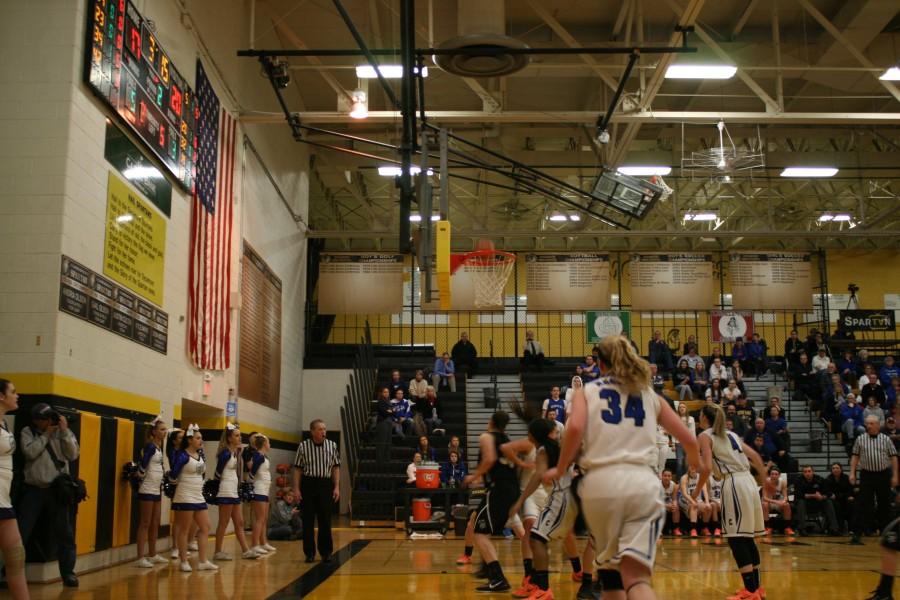 The girls basketball team continued to push for a win against St. Edward.

February 18– Kaneland Girls Basketball played St. Edward High School in the regional game. Intensity during the game was at an all-time high.

“I think we played great defense and had high percentage shooting in the first half,” Head Coach Ernie Colombe said.

Kaneland jumped out to an early 10-2 lead early in the first quarter and ended it leading 16-4. The Knights defense did not let up in the second quarter, only allowing St. Edward 6 more points to end the half with the score being 22-10.

St. Edward started off with a 7-0 run in the third quarter to pull within five. But Kaneland added more baskets thanks to assists from junior Point Guard Camri Conley.

Kaneland then took the lead with 1:45 left in the game courtesy of VanBogaert with a three ball to make it 38-35 Kaneland.

“I think we played well overall as a team, and I feel like we played great against a team with a lot of determination,” VanBogaert said.

Kaneland had trouble hitting their free throws late in the game going 1 of 4 from the line, but it did not matter in the end because Kaneland ended up on top 39-37.

“I thought it was a team effort and everyone had a contribution whether they played or not,” Colombe said.